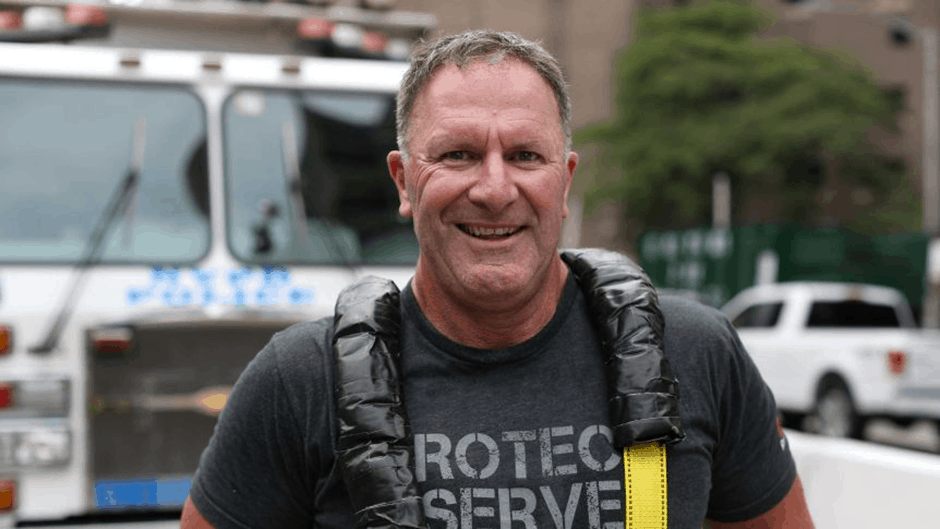 Grant Edwards was officially Australia’s strongest man from 1996-2000 and has pulled everything from steam trains and aircraft to mining trucks. Today he is an author, public speaker, and mental health advocate for Police. Grant is on a mission to remove the stigma of mental health, not just in policing but society wide.

Grant joined the police force in 1985, working in Sydney, Newcastle, Canberra and overseas. Grant had a diverse career working across family law, international drug trafficking, major organised crime, drug smuggling, child exploitation and human drug trafficking. Most recently, he completed a 3-year posting to Washington DC as the Australian Federal Polices most senior officer in Americas responsible for all law enforcement engagement with Canada, USA, Mexico, Central and South America. During this time, he hosted two global mental health symposiums for police bringing together experts from law enforcement, academia, policy, and the medical profession across the world to identify and enhance a unified universal best practice for managing the mental health of police, family and retired members.

He is also well-known for his sporting endeavours, winning Australia’s Strongest Man in 1999 and was mentioned in the 2001 Guinness World Record book for his strength feats. He has represented Australia in Athletics, Bobsleigh and Scottish Highland games. He has competed across the world in Strongman events including the 1999 World’s Strongest Man competition in Malta.

He has been a strong advocate for discussing post-traumatic stress and his own mental health struggles. He discusses the misconception that police must always be strong and unshakeable, which in turn creates immense pressure for those in the police force. “We have a highly stressful job and coupled with our personal lives. Things aggregate and it’s not good when the two collide. But most importantly, as individuals we need to look after ourselves first and foremost.”

Grant wrote a book in 2019, ‘The Strong Man’, in which he discusses his career and his struggles with his physical and mental health. Nowadays, Grant is the head of Aspect Frontline, a program created to support the mental health of Police and First Responders. “Mental health in our organisation and our profession isn’t a stigma. It’s a result of the highly demanding, stressful and confronting job we have chosen to do and the burden of wearing the badge.”