Invictus Games support dogs could change lives for the better

Invictus Games support dogs could change lives for the better 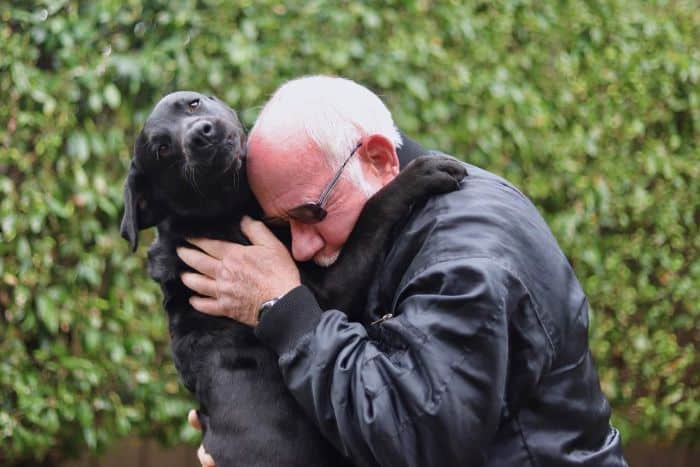 For years, Vietnam War veteran John Hume lived with the trauma of watching dozens of men drown during the 1969 collision between HMAS Melbourne and a US destroyer — but he’s finally reconnecting with the world, thanks to the “sad brown eyes” of his support dog Oriana.

His case is the perfect example of the impact a service dog can have on a veteran’s life, as a team of furry welfare specialists prepare to head to the Invictus Games to support competitors.

A dozen dogs have been trained to help people with post-traumatic stress disorder (PTSD), and they will be on duty for veterans in what can be an overwhelming environment.

Service dogs for people who have PTSD may not immediately seem as necessary as a guide dog is for someone who is visually impaired — but they can change a person’s life.

Mr Hume, who served in the Navy for 20 years, knows that first-hand.

“For a young tacker, I was only going on 18 at the time, and to be ploughed into a warzone like that … you were always aware of the fact of where you were,” Mr Hume said.

He slept through nights of gunfire and napalm flashes.

“I was on the [HMAS] Melbourne and we collided with the American destroyer Frank E Evans,” he said.

“And unfortunately I watched 80-odd fellas slide below the surface that night, three o’clock in the morning.

It remained with Mr Hume, below the surface, until his wife died by suicide three years ago.

“I was blaming myself because I wasn’t around when my wife went,” he said.

That was the point when Mr Hume retreated from the world, spending his days inside watching television. 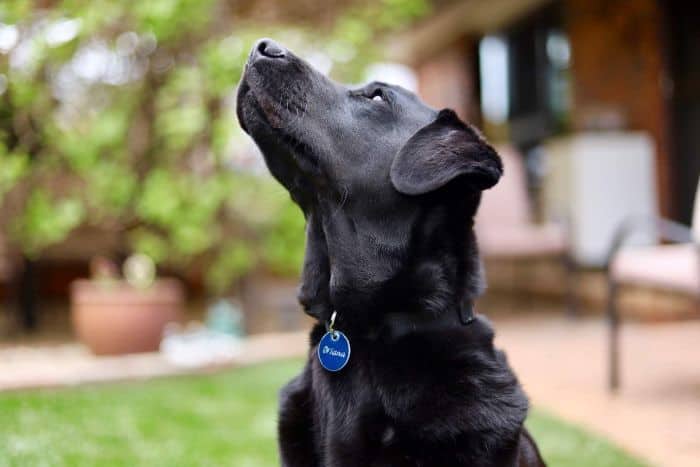 “I was watching something on TV and it took my mind back to a few experiences, and I didn’t do anything, I didn’t say anything, but she immediately got up and just placed her chin on my knee and just looked up at me with those big sad brown eyes,” he said.

With Oriana, Mr Hume was able to switch off the television and return to the world he had withdrawn from.

Next Saturday Oriana’s canine colleagues will be on hand at the Invictus Games to provide the same comfort to competing veterans.

“We’re preparing them to be welfare dogs and therapy dogs, to be onsite at the Invictus Games for the athletes and their families,” he said.

Brigadier Holmes explained how a service dog’s and a guide dog’s jobs compare. 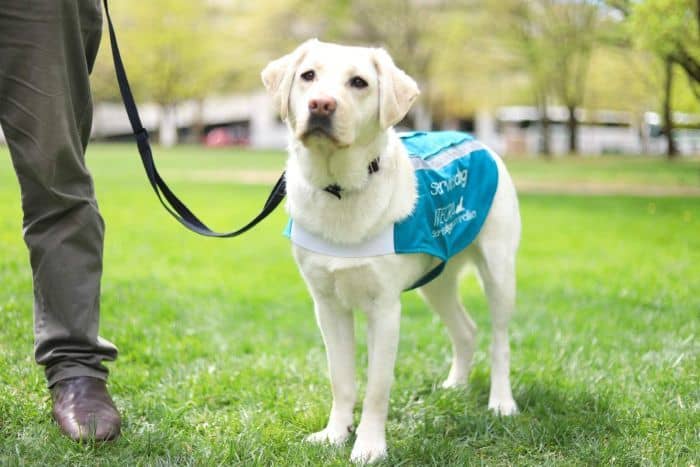 “A guide dog for a blind person would take them to an ATM and they’d be able to use the machine,” he said.

“A service dog would sit behind a person with post-traumatic stress and provide that comfort at the ATM, knowing that there’s nobody behind them and that they are able to use the machine.”

The dogs will be hard at work for the event — in particular one young blonde Labrador named Karma, who will be alongside Invictus co-captain Matt Brumby for the entirety of the games.

“She’ll be learning how to work and walk with him and his wheelchair, but she’ll also be working with him just to provide a very positive friendship and distraction during the games in what’s obviously going to be a very busy and exciting environment for him,” trainer Ben Johnson said. 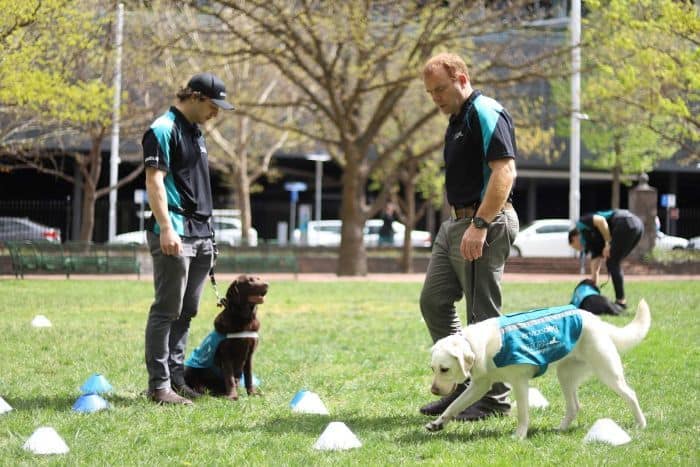 PHOTO: Dogs are being trained ahead of the games. (ABC News: Jake Evans)

And when the games end, Karma will return to Mr Brumby’s home in Tasmania for good.

As for Oriana, she is also set for a trip.

“In about two weeks’ time she’s on the seat beside me to Lord Howe Island,” Mr Hume said.

“She’ll love it, absolutely love it, she deserves it.”