A pattern was forming that would give meaning to my daily life and purpose again and the need to be there for Ida, we were a team.

My journey commenced with Ida on December 17th 2020. I was reluctant to apply for an assistance dog. As I was once a Police Dog Handler, I thought no other dog would come close to the bond my Police Dog and I had. 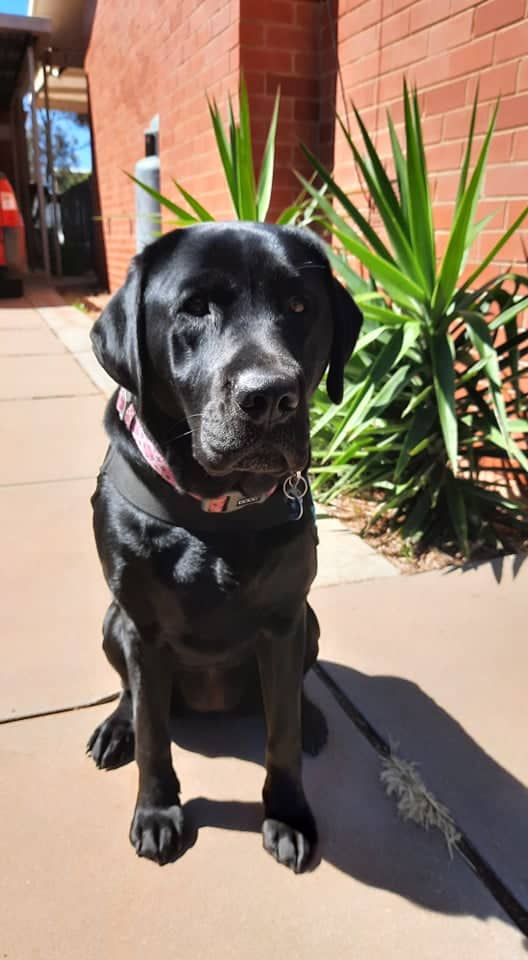 How wrong was I? Life was tough and I was not coping, when in 2005 I was diagnosed with the curse of the “Black Dog”. I had withdrawn from all the “norms” of life, hid in the shadows with my depression and shunned most human contact.

One morning Ben Johnson from Integra rang me and informed me that he had the perfect dog for me. The date was set for ‘Ida’ to be delivered. The side gate opened and there she was, wow what an emotional feeling. She was an absolute cracker and came straight to me and that was it. Little did I know at the time what a blessing she was to be. The trip home was a two-hour drive on a stinking hot day, she curled up in the car and settled in for the journey home. Every now and then she would rest her head on my hand or lick my hand. I had been claimed.

We quickly established a strong bond and routine. Ida came with a routine that I learned quickly, and life began to sort itself out. Daily exercise, walking and play and continuance of obedience training became second nature to me, and my avoidance of people and public places was beginning to be a thing of the past.

Ida is my shadow and is with me 24/7. When shopping she maintains my personal space by blocking people from approaching too close or gently nudging me or pulling the lead to move me out of the way of oncoming people. I was so pleased and amazed at the high standard of obedience training that she had when she arrived. Her trainer did a fabulous job.

Having Ida with me either out in public walking her or shopping or doing specific tasks, attracts a lot of inquiries from members of the public. Where I would have put my head down and scuttled off to avoid speaking to people, I am now communicating with people who ask about Ida and the role of Integra. I have made several new friends thanks to Ida, and I now do not shop at first light or just before shops shut, life has some normality and I am no longer the recluse that I was. 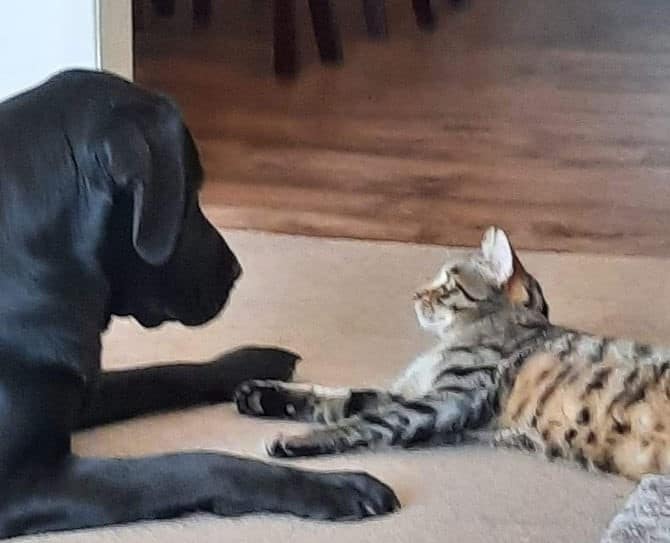 Life is getting better and who would have thought that my struggle with PTSD could have been eased by this lovely black girl Ida, I have no words that can come close to expressing my gratitude for her being here with me; nor for the effort of many people including puppy walkers, trainers, vet staff and Integra.